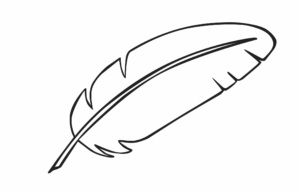 Tanasi was the second of the Tellico Village courses to open. The first tee shot was hit in 1996 and the course has been improving ever since. It has very fun and contemporary layout that winds through the Tanasi neighborhood, and even has some holes that run over and alongside parts of Tellico Lake. Forced carries over water on holes 8 and 9 are necessary, as is a precisely placed tee shot on hole 10 to stay out of the water.

Tanasi offers options for players of all ages and skill sets, as well as a selection of tees to best fit your game. Our Black Championship tees measure 6,731 yards, while our yellow tees offer a fun short course at 4,486 yards. Tanasi is a fun course to play with wide fairways, large flat landing areas and big undulating greens.

Tanasi also has an expansive putting green with large undulations that mimic the greens you will encounter throughout the golf course. The Tanasi Clubhouse includes an excellent restaurant that offers a casual dining room with beautiful views of Tellico Lake. The wrap-around porch invites you to sit back, relax and enjoy the spectacular lake and golf course view while you dine. We look forward to seeing you at Tanasi for a fun-filled afternoon of golf and fellowship.

Casey Flenniken is the Head Golf Professional at Tanasi Golf Club. Casey began his tenure at Tellico Village in 2016. Casey is an east Tennessee native and a graduate of Tennessee Wesleyan University in Athens, Tennessee. While at Tennessee Wesleyan, Casey was a highly decorated collegiate golfer: AAC 1st Team All Conference 2008-2011, PING All-American 2010, 2011, AAC Team South Member 2011, AAC Conference Player of the Year 2008. After turning professional in 2012, Casey continued his success on and off the course, competing at the national level of the PGA Assistant’s Championship in 2012, 2017, 2018, 2019 and earning the coveted 2015, 2016, 2017, 2018, & 2019 Tennessee Section PGA Assistant Professional Player of the Year Award and the 2019 Tennessee Section PGA Player of the Year Award. 2017 & 2018 PGA Tour Knoxville Open Participant.

Casey excels in his instruction ability at all levels. He is currently the Director of Player Development for the Tennessee Wesleyan University men’s & women’s golf teams. Casey’s friendly, outgoing personality coupled with his love for golf and people make him an excellent addition to the award-winning golf professional staff at Tellico Village.

Michael Ledbetter is the Assistant Golf Professional at Tanasi Golf Club. He graduated from Powell High School in 2012 and attended Roane State. Michael was the Assistant Golf Professional at Cherokee Country Club in Knoxville. His role is to assist the head professional and other pros in all areas of Golf Operations, give lessons to members, and to make sure that all members are well taken care of upon arrival and leave happier than when they arrived. Michael enjoys meeting different people and hearing their stories about their golf journey. He strives to give the best customer experience possible. Michael has two older sisters and a miniature dachshund named Peanut. He enjoys fishing, boating and kayaking right here on Tellico Lake. Fun fact about Michael: He was a 2-time State Champion in baseball at Farragut High School.

Wells McClure is the Golf Superintendent at Tanasi Golf Course. He received a Bachelor in Science Degree with a concentration in Turfgrass Management from the University of Tennessee. He interned at Wind River and Gettysvue Country Club. He served as second Superintendent at the Cannon Ridge Golf Club in Fredricksburg Virginia and first Assistant Superintendent at Mattaponi Springs Golf Club in Ruther Glen Virginia. Wells became the First Assistant Superintendent at Toqua in 2012. In 2015 he received the TTA Environmental Stewardship Award. His role at Tanasi  is to maintain and improve everything outside of the clubhouse. This includes the club house grounds, practice area and all 18 holes. Wells excels at going above and beyond with detail and customer satisfaction. He and his wife Shelley, who is a pediatric ER nurse, are proud parents to two beautiful daughters Charleigh Hope (almost 4) and Hazel Lynn (born on Valentine’s Day 2020). Wells dedicates his time to his family and can be seen sharing the great outdoors with them fishing, hiking, camping and whitewater kayaking. (Usually with one of them in a backpack).

Samuel Whited is the Assistant Superintendent at Tanasi Golf Course. Samuel attended Hiwassee College and majored in Forestry Technology. He attended the Rutgers Professional Golf Course Turf Management Program. Samuel maintains and manages the golf course grounds, as well as assists Wells in managing the crew. He enjoys the science behind making the greens the best they can be and takes great pride in hard work. When Samuel isn’t working he enjoys hunting, fishing, shooting and Alabama Football (which we will not hold against him).