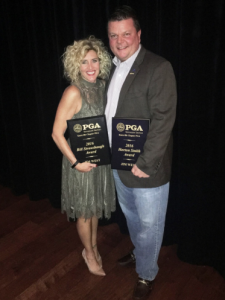 Tellico Village‘s Director of Golf, Jim West garnered two prestigious awards presented at the Knoxville Chapter of the Tennessee Section PGA of America Christmas and Annual Awards dinner. This is the second year in a row for West for these particular awards. “I was humbled and honored to receive two awards again this year, said West. I owe my recognition to the strong support from my wife, Nikki, and my talented and supportive staff at Tellico Village.”

West was presented with the Bill Strausbaugh Award for mentoring PGA Professionals and the Horton Smith Award for contributions to educational programs in the golf industry. This is two in a row in both award categories for West having won these same awards for 2015.

“It comes as no surprise to us here at Tellico Village that Jim (West) was recognized again last night, said Tellico Village General Manager Winston Blazer. He and his staff of golf professionals and greens superintendents provide our community with great courses and a fun golf culture. I’m also proud of our other staff members who were nominated.” 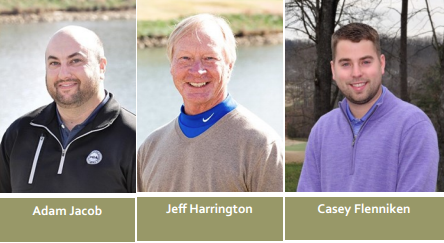 Tellico Village is honored to have such a fine group of men representing our community.